As a teen, Harold carved sculptures out of sand soap and assembled objects from mixed materials. He frequently visited Washington museums where the cultural education he acquired imprinted him for life. He was raised in the neighborhood of U-Street N-W, Washington D.C.'s `Black Broadway'. This proximity to famous African-American artists and their audiences combined with his exposure to art from around the world slowly built in him the resolve to ignore the racism of the time and pursue an artistic career at any cost. 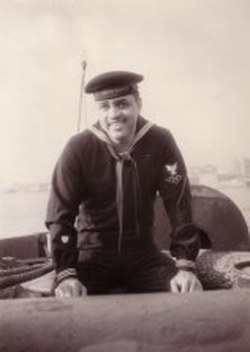 Harold attended Howard University in 1943, where his emerging perspective on the world was shaped by the influence of two professors:  Dr. Bunche, who would become the first African-American appointed U.S. ambassador to the United Nations, and Dr. Alain Locke, who conveyed to Harold his deep understanding and appreciation for African art.

After the Second World War breaks out, he joined the Coast Guard and serveed from 1943 to 1945 as a Sonar man. After the war, he returned to his job with the U.S. Post Office while taking sculpture classes at night. His successful and long standing relationships with the cultural elite inserted  him into the Washington art world.

In spite of being a black artist in a segregated world, he was propelled by the strength of his vision toward a life of art. He decideed to further his studies by using the GI Bill, which provideed support for veterans to attend approved schools in the U.S. and abroad. Denied admission to the American University in Washington, he moved to New York City in 1948 to study at the Art Students' League with sculptor William Zorach, engraver Will Barnett, and painter Reginald Marsh.

It is there that he met fellow sculpture student, Peggy Thomas, who became his partner for the next thirty years. For a while, he roomed across from the Empire State Building, caring for sculptor William Herring in his home and studio. After Herring's death, he moveed to a co-op lodging with a group of artists on Bleeker and Cosby Streets. Among some of his associates were print maker Bill Hayter, Mike Goldberg, and painters Frank Stella and William (Charles) Sebree.

Works of that period are sculptures in stone and clay, wood carvings, as well as drawings, prints, and paintings. A plaster cast head created at that time, Mamloi (1948), was acquired by D.C.'s Barnett-Aden gallery and is currently in the collection of the Anacostia Museum of Washington. A unique plaster work, Together (1949), demonstrates the untapped talent that was already at work in this young artist.